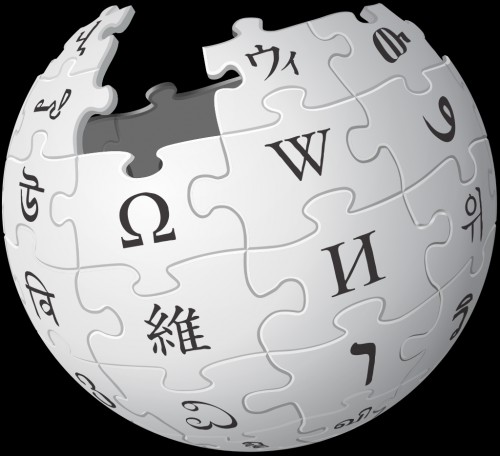 
Wikipedia (/?w?k??pi?di?/ (About this soundlisten) wik-ih-PEE-dee-? or /?w?ki?pi?di?/ (About this soundlisten) wik-ee-PEE-dee-?) (abbreviated as WP) is a multilingual online encyclopedia. The website was created and is maintained as an open collaboration project[4] by a community of volunteer editors, using a wiki-based editing system.[5] It is the largest and most popular general reference work on the World Wide Web.[6][7][8] It is also one of the 20 most popular websites ranked by Alexa, as of March 2020.[9] It features exclusively free content and no commercial ads and is owned and supported by the Wikimedia Foundation, a non-profit organization funded primarily through donations.[10][11][12][13]

Wikipedia was launched on January 15, 2001, and was created by Jimmy Wales and Larry Sanger.[14] Sanger coined its name[15][16] as a portmanteau of the words "wiki" (Hawaiian for "quick")[17] and "encyclopedia". Initially an English-language encyclopedia, versions of Wikipedia in other languages were quickly developed. With 6.1 million articles, the English Wikipedia is the largest of the more than 300 Wikipedia encyclopedias. Overall, Wikipedia comprises more than 53 million articles[18] attracting 1.5 billion unique visitors per month.[19][20]

In 2005, Nature published a peer review comparing 42 hard science articles from Encyclopædia Britannica and Wikipedia and found that Wikipedia's level of accuracy approached that of Britannica,[21] although critics suggested that it might not have fared so well in a similar study of a random sampling of all articles or one focused on social science or contentious social issues.[22][23] The following year, Time magazine stated that the open-door policy of allowing anyone to edit had made Wikipedia the biggest and possibly the best encyclopedia in the world, and was a testament to the vision of Jimmy Wales.[24]

Wikipedia has been criticized for exhibiting systemic bias, for presenting a mixture of "truth, half truth, and some falsehoods",[25] and for being subject to manipulation and spin in controversial topics.[26] Wikipedia has also been criticized for gender bias, particularly on its English-language version, where the dominant majority of editors are male. However, edit-a-thons have been held to encourage female editors and increase the coverage of women's topics.[27][28] Facebook announced that by 2017 it would help readers detect fake news by suggesting links to related Wikipedia articles. YouTube announced a similar plan in 2018.[29]